And you just had enough to finally upgrade your own Archer Queen… damn it!

How do we defend our dark elixir at TH9?

Why, with a solid TH9 farm base of course (in case that wasn’t obvious…)!

While the same old basics like anti Giant funneling still apply, we also want to consider the firing range of the Archer Queen. Not only that, it’s TH9 where the infamous Goblin knife strategy is quite popular.

With the bases below you’ll be able to keep your dark elixir out of your foe’s grubby mits. 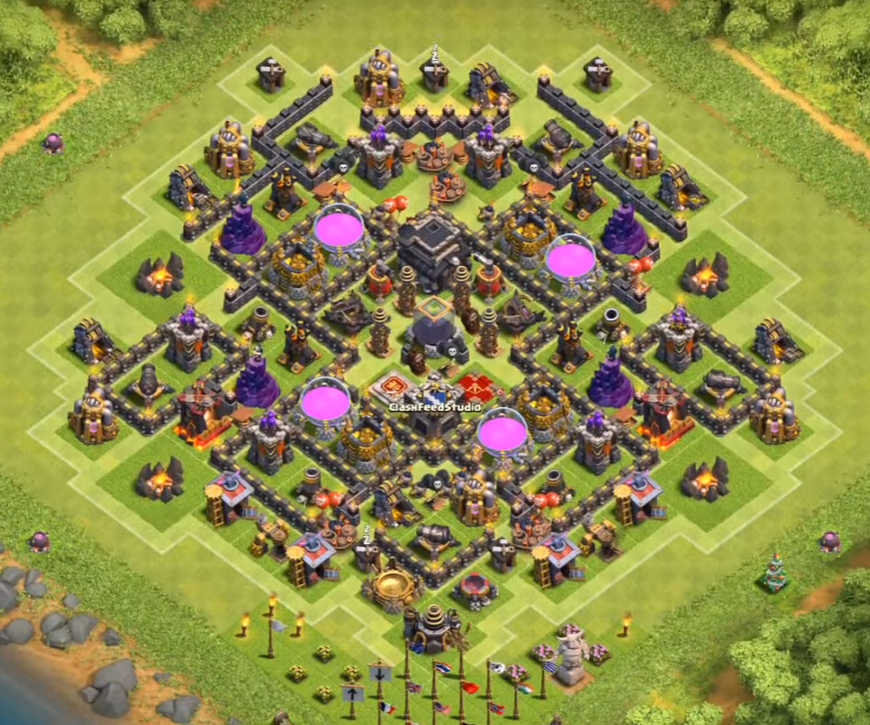 The best TH9 farming bases make it difficult for an attacker to path troops to the core of the base where you keep your dark elixir storage; as shown above there are various ways of accomplishing this. Apply some of the concepts to your own TH9 farm base, and you’ll be sure to be able save precious dark elixir for those expensive hero upgrades.

Did you fancy one of the bases above or do you know of any other solid TH9 farming bases? Let us know down below!

© 2014-2017 by ClashRevolution.com. This content is not affiliated with, endorsed, sponsored, or specifically approved by Supercell and Supercell is not responsible for it. For more information see Supercell’s Fan Content Policy: www.supercell.com/fan-content-policy.

Back to Top
Close